Your Mini Guide to Eindhoven

Eindhoven is an alternative Dutch city you can fly into other than Amsterdam. Due to cheap flights to Eindhoven with budget airlines like Ryanair, Eindhoven has now been put on the map. Eindhoven is a southern city in the Netherlands. If I’m 100% honest, it is not a pretty city. It is hard to take a picture and make it look picturesque, unlike the rest of the cities in the Netherlands. It is filled with Skyscrapers and brown, dull buildings. But don’t let this stop you from visiting the city before getting the train to your final destination.

What you should do:

Shop until you drop

The city is definitely a shopping city. Perfect place to update your wardrobe here. However, you may spend a small fortune doing it. The majority of the shop are very high end. There are a number of shopping centers including:

The FeelGood Market isare great place to buy and see anything and everything from handsome products to live music and from getting a massage to sampling snacks. It is great day to spend a Sunday afternoon.

Four floors of fashion, trends and lifestyle: Piazza Center Eindhoven is a shopping centre with a cosmopolitan city vibe, in the heart of Eindhoven.

The city center also has a Primark, America Today, Media Market and dozen of streets full of various shops!

Did I mention, they also call Sundays – Shopping Sundays!

When Stephen and I visited Eindhoven together, we were very fortunate to experience the Festival of Lights – GLOW. It happens every November. It was spectacularly extraordinary. There are two routes around the city which leads you to different light ‘shows’. Each route takes approx 2.5 hours, however it took me and Stephen 4 hours to do one route because we stopped at every show for far too long to soak in the atmosphere. It is a free event and lasts from 6pm to 12am. If you are planing to Eindhoven, I would highly recommend planning your visit around this festival! 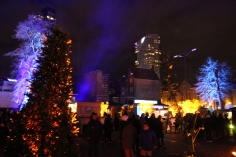 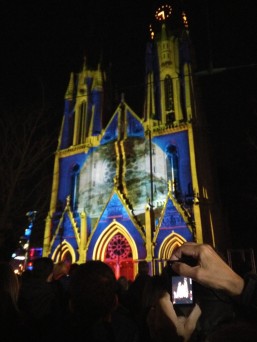 I am a cinema nerd. I LOVE going to the cinema. Eindhoven has a Pathe cinema which I love! They have huge screens (including an IMAX screen) and LOTS of snack to choose from. The films that are produced by American/British producers will be in English and have dutch subtitles.

We stayed in the Pullman hotel which is opposite De Heuvelgalerie. It is the fanciest hotel I have ever stayed in! We had a great view of the city. We were allowed free access to the spa which had two sauna rooms and a pool. The hotel also has a gym and can purchase spa treatments such as massages and facial for a extra cost. We spent practically a whole afternoon enjoying our view and relaxing the spa. I felt like I was in heaven.

I don’t know whether it was because the festival was on or if its normal, but we couldn’t find a place to eat – all the restaurants were either booked up or far too expensive. We finally decided to eat at the gourmet food market.

The second day we were more prepared and was at the restaurant when it opened. We ate at the Ribs Factory which was amazing! We both had burgers and we don’ regret starving ourselves before eating. The food was very reasonably priced comparing to other restaurants near by. However, within 20minutes of opening the restaurant was packed due to half of the tables being reserved – so if you want to eat out, be prepared!! 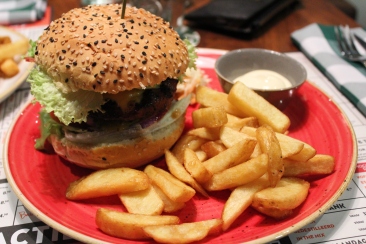 How to get there

Eindhoven has an airport which you can fly into with Ryanair. From there, take the train to Eindhoven Station. It takes approx 20-30mins and the train comes every 30mins!

From Amsterdam Airport, take the train towards Eindhoven. It takes approx 1hr 30mins and the train comes every 30mins! 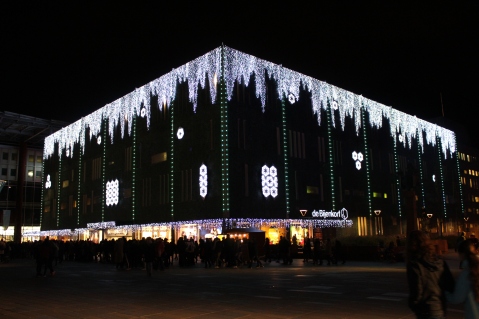 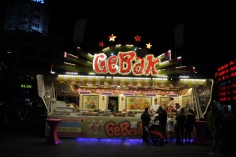 Peace out my wanderers!
Lisa♥